Puppy Socialization and the Sensitive Period: When is it, and is it important? 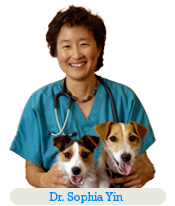 Dr. Sophia Yin discusses the fundamental reasons for socializing puppies. For more from Dr. Yin, find her on Facebook or at drsophiayin.com.

You’ve probably heard that puppies need to be socialized, but how do we know this and what do we know? Most of the ground-breaking studies were done in the 1950’s and 1960’s, one of which was performed by co-authors, David Freedman, John A. King and Orville Elliot and published in Science in 1962. They carried out a classic study using the methodology that had already been established for determining critical periods in other animals such as ducks, guinea pigs, chicken and sheep. They took five litters of cocker spaniels and three litters of beagles and raised each litter with their mothers in a one-acre fenced field in isolation from humans. 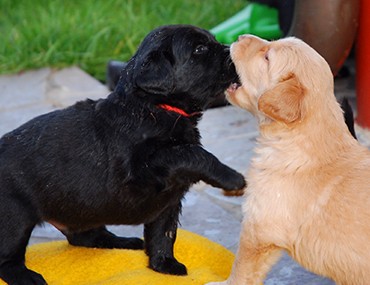 Behavior During the Week of Socialization
The age-related differences between pups was clear even at the start of socialization. The pups socialized starting at 5 weeks of age were significantly more attracted to humans than puppies that started socialization at 2, 3, and 9 weeks of age. The low scores for the 2-and 3-week-old pups were due to their immature motor skills; however the low scores in the 9-week olds occurred because these puppies tended to avoid the handler. They were fearful! Luckily, by the end of the week of socialization all except for the two-week olds were equally attracted to the handler.

Researchers also found a difference in interactions when puppies were left in a room with a person who was lying passively. Two-week-olds were too immature to interact much, but 3-week-olds spent most of the 10-minute pawing at, climbing on and mouthing the person and his clothing. Five-week olds were wary at first but played by the end of the first session. 7-and 9-week-old puppies were frightened and stayed away from the passive human for the first several sessions. The 7-week-old puppies were comfortably playing with the person until day 3 and the 9-week-olds weren’t until day 4. Hence the fear response to humans (and most likely other new objects, environments and animals) is more developed and increasingly difficult to reverse as the puppy ages. However it was fairly easy to reverse in the puppies  in this stage up to 9 weeks of age.

Sociability Tests at 14 Weeks of Age
After the week of socialization, the puppies were placed back in the one-acre field and lived without contact from humans. Then, when puppies reached 14 weeks of age, they were tested over a two-week period during which they received daily contact with humans. Three types of tests—a handling test, a leash test, and a reactivity test—were performed. The results were again dramatic. At the 16th week (after 2 weeks of daily contact with humans) only the control groups were scored significantly lower on handleability. These puppies were fearful. Even after conclusion of the study when the researchers decided to take one of the control puppies and continue its socialization for 3 months, this puppy showed only minimal improvement at the handling test. In other words, puppies need good socialization experiences before 14 weeks of age.

The researchers also performed a leash-control test devised to test the dog’s ability to learn to respond to leash guidance. Dogs socialized at 5, 7, and 9 weeks of age were significantly easier to train than the control puppies. 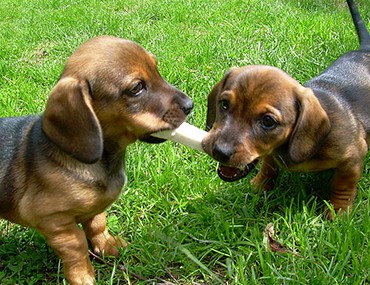 The final test was the reactivity test where each pup was placed in a physiologic harness that held them. Heart rate was monitored using an EKG and depth of respiration, and muscle tensions were measured and scored concurrently. The pup was then exposed to a variety of stimuli one at a time. They included: cajoling versus threats from a human, a loud, startling sound, and mild electric shock. Overall, the controls were significantly more inhibited (they froze), tense, and higher heart rate than the pups socialized at 7 weeks of age. The were easy to handle, responded well to being on leash (fewer balks, calm enough to eat), and they were the least fearful of potentially scary stimuli.

The Take-Home Message?
First, the puppy’s socialization should start early—before five weeks of age, because by five weeks the puppy is showing fear responses to people, objects and other unfamiliarity around them. That means it’s essential that breeders and foster puppy caretakers carry out a socialization plan. Secondly, the socialization should start before 14 weeks of age or many puppies will be doomed to a life of fear unless they go through a regimen of socialization that’s more intense than the 1.5 hours a day carried out by the researchers here. The message is simple and straightforward and taking it to heart can be the difference between having a happy, well-adjusted dog to one who fearful of people, objects, other animals, and various environments that we humans perceive as safe.

For more information and step by step socialization see Perfect Puppy in 7 Days: How to Start Your Puppy Off Right.