The Havanese is named for Havana, Cuba, where it’s the national breed and also where it first became popularized. The Havanese is of the Bichon family. He’s likely descendant from Tenerife, although some argue that he originates not from Tenerife but rather from Malta. In either case the Havanese was brought to Cuba in the 18th century and adored by the Spanish settlers. The breed has gone by several different names including the Spanish silk poodle and the Havana Spaniel.  Over time the Havanese has developed a tolerance for heat while still maintaining a rich and ample coat.

In the aftermath of the Cuban revolution The Havanese faced an uphill battle. A few of them were brought into the United States by refugees, but no more than a handful made the trip. In 1979 the Havanese Club of America was formed. They managed to successfully launch a breeding program despite having no more than 11 dogs at the time. In the years since, the Havanese have recovered their numbers and are now one of the more popular breeds in the US. 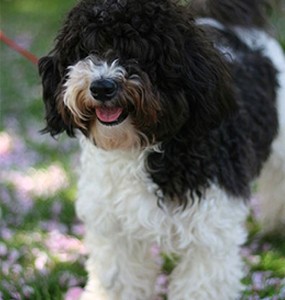 The Havanese is among the most intelligent of the toy dogs. For that reason he’s great at learning new tricks and entertaining the family for hours. The only difficulty you’re likely to have is when housebreaking the Havanese. As with any dog it’s best to start this training right away to avoid problems. The Havanese can be taught to use a litter box which could certainly prove convenient during training.

The Havanese is eager to please and will run around your house or yard with a cheerful and playful demeanor. He loves people and will sit on the furniture next to you or curl up in your lap if you let him. The Havanese is also an excellent dog to have around children. He craves social interaction and will likely follow the family closely.

The Havanese is agile, springy, and definitely funny. You’ll find yourself laughing at his tricks and his general demeanor.

The Havanese primarily wants to be inside and despite rumors of being a “high maintenance dog,” he can be happy with a relatively sedated life style. The Havanese is certainly a great choice for apartment living.

The Havanese doesn’t like to be alone, and would not be a good choice if you’re going to be away often. He will likely suffer some amount of separation anxiety. That’s not to say that you should never leave him alone. It would be good for him to adjust to a little alone time early, so that he can tolerate it later.

Although generally very sturdy the Havanese might suffer from any of the following: