A new drug, developed at the University of Minnesota, is showing significant promise for dogs with hemangiosarcoma (HSA), a frequently diagnosed form of cancer that affects, primarily, large breed dogs.

HSA most commonly occurs within the spleen, liver and heart. Because these tumors arise from blood vessel cells, they are extremely vascular (blood filled) and prone to abrupt and dramatic bleeding. Recent studies on Golden Retrievers and Vizslas have demonstrated a link between neutering and the occurrence of this disease in these two breeds. 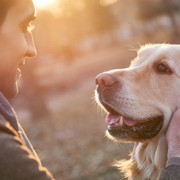 To date, treatment options for HSA have involved removal of the tumor (if possible) followed by chemotherapy. According to the University of Minnesota, even with such aggressive therapy, only 50 percent of dogs with this disease survive for as long as four to six months. Only 10 percent survive for a year or longer.

Using eBAT to treat cancer
The University of Minnesota reports that the new chemotherapy drug being used to specifically target HSA is referred to as eBAT. Dr. Daniel Vallera, the University of Minnesota Medical School professor who developed eBAT stated, “HSA is a vascular cancer, meaning it forms blood vessels. eBAT was selected for this trial because it can simultaneously target the tumor and its vascular system1.”

Results of a study using eBAT in clinical cases involved 23 dogs of various breeds and sizes, all documented to have hemangiosarcoma within their spleens. Following splenectomy (removal of the spleen), each dog received three eBAT treatments. Amongst the dogs in this study, the six-month survival rate was 70 percent, and six of the 23 dogs (26 percent) lived for more than 450 days2. That’s a remarkable improvement!

According to Dr. Jamie Modiano, professor at the University of Minnesota College of Veterinary Medicine and co-author of the eBAT study results, “This is most likely the most significant advance in the treatment of canine HAS in the last three decades1.” Compared to chemotherapy drugs that have traditionally been used to treat HSA, negative side effects from eBAT were minimal in the group of dogs studied. Veterinarian and lead author of the study, Dr. Antonella Borgatti stated, “In this trial we aimed for a sweet spot by identifying a dose of eBAT that was effective to treat the cancer, but caused no appreciable harm to the patient. Essentially we’re treating the cancer in a safer and more effective way, improving quality of life and providing a better chance at survival1.”

What could this mean for human cancer?
The promising results of this canine HSA study may provide some crossover benefits to the world of human oncology. There are significant similarities between HSA in dogs and a type of cancer in people called angiosarcoma. The results from the canine study make a strong case for clinical trials using eBAT in people with this disease.