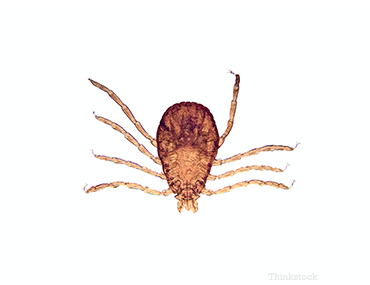 Ehrlichiosis is an emerging disease caused by a rickettsia: a type of bacteria that infects dogs, people, and less commonly cats. For dogs in North America and world-wide most cases of ehrlichiosis are caused by Ehrlichia canis (canine monocytotropic ehrlichiosis).1 Transmission is always from tick bites. Although people and dogs often live in close relationship to, and may come in contact with, the same species of tick, E. canis infections in people are thought to be rare.

E canis is most often transmitted by the brown dog tick (Rhipicephalus sanguineus). Infection likely requires several hours of tick attachment to the dog, and clinical signs may not appear for 1—3 weeks or longer.

Stages of ehrlichiosis in dogs
There are 3 differing stages of the disease in dogs.

Most dogs that are treated adequately recover at this point. Untreated dogs and some treated dogs may progress to the subacute and chronic phases.2

Less commonly, infected dogs can also exhibit inflammatory diseases of the eye and nervous system. The severity of  the illness may be influenced by the disease strain, the dog’s immune status, and the presence of coinfections with other tick-borne or flea-transmitted pathogens.

Progression to subacute and chronic disease may be attributed to an ineffective immune response on the part of the dog. German Shepherds appear to be predisposed to the severe, chronic form of disease.

Treatment options for ehrlichiosis in dogs: Treatment should be maintained for at least 4 weeks.

There is no available vaccine and the best ways to prevent these infectious bites are with year-round tick repellents, thorough body checks after being outside, and proper removal of ticks.

Once geographically limited, Ehrlichia spp. are now wide spread in distribution, and they are of particular concern in Gulf Coast states and through the Southeastern United States. The Companion Animal Parasite Council recommends that all dogs be tested yearly for tick-borne diseases and that all dogs be treated with effective tick-control agents year-round. Comprehensive screening is important to find coinfections and to determine the success of prevention strategies.