Two Ways of Spaying a Dog: Ovariohysterectomy vs. Ovariectomy 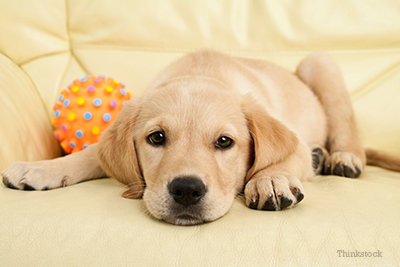 Veterinarians like me constantly encourage pet guardians to have their female dogs spayed to avoid several life-threatening diseases, including pyometra (infection of the uterus) and mammary tumors (breast cancer). Spaying a female dog means removing the reproductive organs (i.e. the ovaries and the uterus). In the U.S. the spay procedure is called an ovariohysterectomy. Taken apart, this word means that the ovaries (ovario-) and the uterus (-hyster-) are removed (-ectomy). This, however, is not the only way to spay a dog. Commonly performed in other countries is the ovariectomy, in which only the ovaries are removed, while the uterus is left in the belly.

Why do we generally remove the uterus in the United States?
The reasoning is that diseases of the uterus are prevented by removing it. No uterus = no future disease related to the uterus. In many European countries, however, this argument doesn't fly. The ovariectomy has been practiced for decades in Europe, among other locations, with reportedly no increase in the numbers of patients with future diseases of the uterus. In fact, an article I read in a small animal surgery magazine stated that "there is no definitive advantage for removing the uterus in addition to the ovaries." The article goes on to describe how an ovariectomy is (logically) less invasive and faster than an ovariohysterectomy1. This also means anesthesia time is shorter with an ovariectomy.

Is an ovariectomy less risky?
Complications are rare with both procedures, but similar. Complications in either case may include:

However, there is a greater risk of bleeding when the uterus is also removed. Again, while any complication is rare, I believe in the popular phrase of veterinary medicine, "First, do no harm," therefore, it is hard to agree that removing the uterus is a better choice than leaving it in place.

But doesn’t it make sense that removing the uterus eliminates the risk of certain diseases?
Interestingly, what happens is that once the ovaries are removed, the uterus atrophies, or shrinks away and basically dies on its own. The end result is therefore the same: no uterus = no risk of pyometra and no tumors of the uterus.

What are the limitations of an ovariectomy?
One important limitation of the ovariectomy is that it should only be performed in young, healthy females with a healthy uterus. Older females should have an ovariohysterectomy performed.

So which way should I spay my dog?
There is no official statement by the leading U.S. veterinary organizations, such as the American Veterinary Medical Association or the American Animal Hospital Association as to which procedure is preferred. These organizations do not exist to tell us which surgery is better, but rather to encourage veterinarians to practice any procedure following best "standards of care" such as optimal sterility and proper surgical technique.

Only you and your veterinarian can decide which procedure to choose for your dog. Whichever surgery is performed, remember that spaying your dog will have far greater benefits than not spaying her.