Metaldehyde Poisoning: the Dangers of Snail and Slug Bait 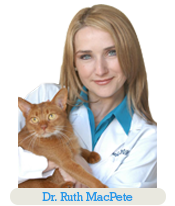 Snail bait represents a major risk for dogs and cats and is a more common source of poisoning than you may expect. Snail and slug bait products, which typically contain the active ingredient metaldehyde, are available as a pellet, liquid, or powder. In order to attract snails and slugs molasses or brown sugar is added. Unfortunately, this also makes the bait highly attractive for our dogs and cats. Ingestion of even small quantities can be fatal. So what does metalydehyde toxicity look like and how is it treated?

What is metaldehyde poisoning?
Besides snail and slug bait, metaldehyde is also found in solid fuel for camping stoves. After ingestion, metaldehyde is converted to acetaldehyde. Acetaldehyde is toxic to the nervous system and causes muscle tremors, ataxia (lack of coordination) and seizures. Increased muscle activity leads to hyperthermia (high body temperature): another common symptom. Metaldehyde toxicity can lead to disseminated intravascular coagulation, multiple organ failure, and death. Within minutes, poisoned animals may show clinical signs. Symptoms may also be delayed and later develop up to three hours after ingestion. 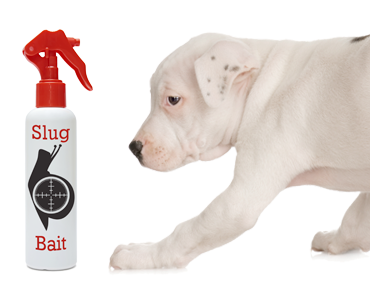 Treatment of metaldehyde poisoning
Unfortunately, there is no antidote for metaldehyde. Treatment involves addressing the symptoms and helping the animal get rid of the toxin. If the ingestion occurred recently and the animal is medically stable, the veterinarian may induce vomiting followed by administration of activated charcoal to coat the digestive tract and prevent further absorption. Vomiting should never be induced in an animal that is convulsing or unstable. Treatment also involves controlling convulsions and hyperthermia. This is accomplished with anti-seizure medications and intravenous fluids. The actual treatment plan will depend upon the condition of the animal and how quickly the animal is treated following ingestion.

Prognosis of metaldehyde poisoning
Prognosis depends on the amount of toxin ingested and how much time passes before treatment is initiated. Without treatment animals can die within a matter of hours. The earlier treatment begins, the better the prognosis. If you think your pet may have ingested metalydede, do not wait for symptoms to appear. Call your veterinarian immediately and seek medical attention.

Prevention of metaldehyde poisoning
The best way to protect your animals from metaldehyde poisoning is to keep all snail bait, insecticides, and solid camping fuel stored safely away from pets. If you feel you must use snail bait, use it sparingly and place it only in areas that are inaccessible to your pets. Since metaldehyde toxicity can be lethal and difficult to treat, I recommend pet parents avoid using metaldehyde-based snail bait. If you have a snail or slug problem, consider using a pet-safe product like Sluggo, which contains iron phosphate instead. If your pet exhibits the signs and symptoms of metaldehyde toxicity even though you have never used snail bait in your garden, call your veterinarian or go to the nearest pet emergency hospital since your neighbor may be using it. Maintaining a high-index of suspicion and initiating treatment promptly may someday save your pet.