Police Dogs May Face Early Retirement—Find Out Why! 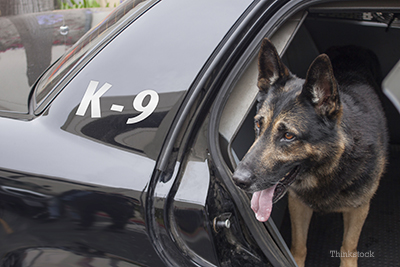 It’s no surprise that police dogs are held in such high regard. Their keen sense of smell has, for years, been a tool that police officers have relied on. However, many of those super cute sniffers may soon be unemployed, according to Peter Holley of the Washington Post.

Two drug-sniffing dogs, Narc and Cody; from the Medford, Oregon Police Department; could potentially face an early retirement due to the legalization of marijuana on July 1. Narc is a Belgian Malinois, while Cody is a Lab mix. Narc is trained to sit when she smells a drug, and Cody will freeze in place.

Sgt. D.J. Graham said, “They’re both very focused when it comes to their work and they work for cheap: food and play.” Police explained that drug-sniffing dogs are used to let authorities know when drugs are near, which gives them the probable cause they need to initiate a search.

What will the dogs do now?
Deputy Chief, Brett Johnston, said, “It’s kind of sad. Nobody wants to see a dog lose its job.” However, once a dog goes through a specific training it can be very difficult to retrain an adult dog rather than pup. To be retrained or retired--that is the question. Still, police have said the dogs may be able to work future counterfeit cases.

The Medford police have requested additional funding from the city for new pups to be trained to smell other drugs.

Fortunatly, Police Chief, Tim George, promised that, regardless, Narc and Cody will end up in good homes. Cody’s handler said he’d be happy to adopt his co-worker.

Graham explained, “We don’t say they’re being fired, we prefer to call it early retirement.”

We wish Cody and Narc the best of luck, and thank them for all the work done!