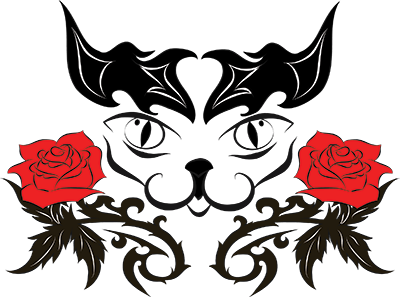 According to Glenn Blain of dailynews.com, a 2011 story about a woman selling kittens with body piercings (referred to in the ad as “gothic kittens”), got animal advocate Linda Rosenthal all stirred up. So stirred up, in fact, that this New York Assemblywoman authored and introduced a bill outlawing the tattooing or piercing of pets.

Blain reports, interest in Ms. Rosenthal’s bill accelerated earlier in 2014 in response to an Instagram posting. The photo, by Brooklyn tattoo artist Mistah Metro, featured his dog bearing a large, fresh, over-the-shoulder tattoo. The Instagram caption stated, “One of the many reasons my dog is cooler than yours! She had her spleen removed today and the veterinarian let me tattoo her while she was under.”

Blain further reports, thanks to Linda Rosenthal’s efforts (and Mr. Metro’s desire to strut his stuff), this story has a happy ending. New York Governor Andrew Cuomo has signed legislation that bans tattooing or piercing of pets in his state. Cuomo stated, “This is animal abuse, pure and simple. I’m proud to sign this common-sense legislation and outlaw these cruel and unacceptable practices once and for all in New York.”

Animal advocacy track record
Linda Rosenthal’s anti-tattoo/anti-piercing legislation is not her first foray into the animal advocacy arena. She’s authored multiple animal protection bills that you can view on the New York Stat Assembly website. Some of the bills relate to:

The list goes on and on! If I didn’t love where I live so much, I might just move to New York, thanks to Linda Rosenthal!

This veterinarian’s perspective
I was delighted to learn that tattooing and piercing of pets in New York have been banned. I have zero tolerance for performing procedures on pets that serve no purpose other than “cosmetic enhancement.” The animal derives no benefit from the forced change in appearance, but is certainly subject to complications such as pain, infection, and scarring that can be associated with such procedures.

In summary, I say, way to go New York! Let’s hope your new legislation will be contagious around the country.