The Bartonella genus of bacteria is a group of “bugs” rapidly developing a reputation as “stealth” pathogens. There are many different species worldwide, possibly 30 or more1, and cause such diverse diseases in different animal hosts that they may be overlooked in a sick cat. They may also be confused for other problems like Lyme Disease or immune mediated hemolytic anemia (which seem more common).

Even when Bartonella is suspected of making a dog, cat or person sick, the bacteria can be hard to confirm. Repeated testing of the blood or of affected organs is often needed to diagnose bartonellosis. 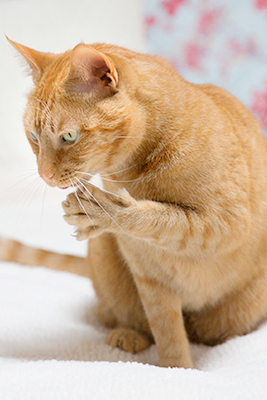 What makes Bartonella stealthy?
Bartonella organisms stay under the radar, and avoid being eliminated by the immune system by hiding inside circulating blood cells or blood vessels in relatively low numbers, and reproducing slowly. Infectious disease specialists believe that many vectors, such as ticks, fleas, lice or, even spiders, might be able to indirectly spread the infection between wildlife and pet animals or from animals to people. And they worry that veterinarians and physicians don’t often think about Bartonella when confronted with a sick patient.

What is cat scratch disease?
You may have heard of cat scratch disease: a mostly self-resolving illness causing fever and swollen lymph nodes in people. It’s caused by B. henselae and acquired from the scratch or bite of an infected cat, or possibly even from happy cat kisses or licks on broken skin. It is described here by the CDC. Cat scratch disease is a common Bartonella scenario and familiar to health care professionals, but Bartonella doesn’t always present this way. There are diverse syndromes in people, dogs and cats caused by atypical infections of this species and others, some of which may be fatal.

Infection with Bartonella sp. may cause:

Diagnosing Bartonella infection
Testing for most Bartonella related infections will begin with these basic tests: 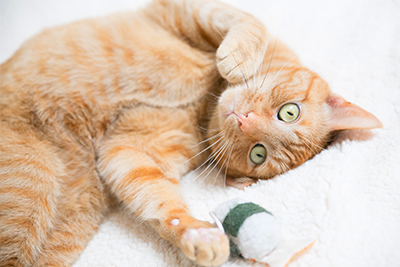 The diagnosis of bartonellosis can be challenging. Veterinarians must submit blood or tissue samples for specialized testing. Diagnosis is further complicated by unreliable antibody production. Many apparently healthy cats have elevated antibody levels and carry the bacteria: 25-41% of cats will be culture or PCR positive for Bartonella depending on where they live1. As a natural “reservoir” host (the bacteria live without causing much illness) most cats are not expected to be sick, even if they are chronically infected. Testing and treatment is usually reserved only for sick cats (who are likely infected with a more aggressive or virulent strain of Bartonella).

Treatment of Bartonella infection
A long course of a combination of oral antibiotics is the treatment most often recommended for symptomatic bartonellosis. Patients with heart muscle, bone infections or other severe disease presentations may need in-hospital treatment with antibiotics given by injection and aggressive supportive care. Fortunately, cats with a healthy immune system should be able to recover if they respond well to treatment. For patients with concurrent infections, organ failure or cancer, the prognosis is more uncertain. 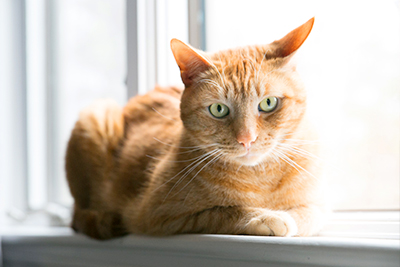 Prevention of Bartonella infection
Preventing these stealth infections begins with rigorous flea and tick control2. Many of the Bartonella group bugs thrive in a wildlife species, such as a rodent, rabbit or coyote. These reservoir hosts can carry the infection without getting very sick. Then fleas, ticks or other arthropods might transmit the infection to an “accidental” host such as a dog, cat or person, who is perhaps more likely to develop severe illness. Your veterinarian will be happy to discuss practices to limit the four- and two-legged family’s exposure to fleas and ticks. And she can recommend products that are working well in your community.

Flea feces (aka,” frass” or “dirt”) can transmit the Bartonella bacteria directly into broken skin, as can a tooth or tiny claw. Yep, flea feces can be dangerous, as well as gross!  So cleaning any scratches or bites well and washing your hands after handling animals with fleas or contacting flea dirt is a good idea. (Finally, I have a reason to vacuum that I cannot ignore.)  Since apparently healthy dogs and cats can also harbor the bacteria in their bloodstream, teeth and mouth, it’s good practice to avoid contact with their bodily fluids, including saliva. Unfortunately, that means limiting kisses and licks from your favorite furball. There’s nothing wrong with blowing kisses, though!

Ultimately, staying on top of your cat’s health status and the need for any detective work to find a stealth infection will be directed by regular preventive care visits to the vet. Your vet will be your partner in the quest for a happy, healthy pet-family.

Celeste has more than 20 years of experience in the veterinary industry and is an Internal Medical Consultant as well as a valued member of IDEXX’s Pet Health Network team since 2015.
Read more >