There is strong evidence to suggest that the Maltese is an ancient breed, similar looking dogs show up on Greek artwork dating back as far as 500BC. Aristotle also makes mention of a breed called “melitaei catelli,” around 370BC, which was likely a Maltese.

They take their name from the island of Malta, which is where they gained notoriety. It’s believed that the Maltese is a descendant of a Spitz, or similar breed, owned by ancient Swiss lake dwellers. Unlike many modern companion breeds, which have shrank over the years, the Maltese is thought to be the same size today as it was at the beginning. 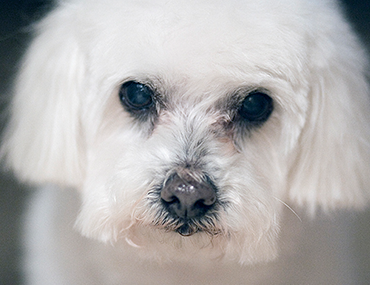 They have been historically favored by nobles and are rumored to have sold for as much as $2,000 as far back as the 1500’s. They’ve also been used as trade goods, valued for their beauty and reputation as natural comforters, with abilities even to heal the sick.

The breed was a late-comer to the U.S. First registered by the American Kennel Club in 1888, it has steadily gained popularity ever since.

Despite their reputation as an “aristocratic breed,” the Maltese has an excited, playful demeanor. They are excellent human companions, and active at home. They’re also an excellent choice for small apartments, as they prefer enclosed spaces. They might not be the best choice for homes with small children. Their size can make them sensitive when being handled which could lead to an unpleasant reaction. Early socialization might prevent such occurrences.

Maltese bark often, and might suffer from separation anxiety. They were bred to be companion animals and need to be treated as such. They shouldn’t be left outside for long periods of time, and they demand plenty of attention.

They have no undercoat and don’t shed because they have hair and not fur. As a result, frequent grooming is required to keep hair from matting.

It’s easy to view this dog as being fragile but it’s best to avoid doing so. The Maltese should be allowed to play with the bigger dogs and not be protected from them. They can be extremely agile, and very good at dog sports, even at tracking!

The Maltese are at greater risk for: