What "Thirdhand" Smoke Can Do to Your Pet 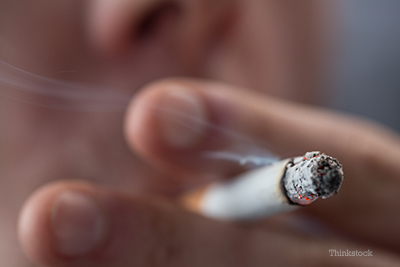 Most everyone knows smoking is bad for you, just ask the American Heart Association. Most people also understand that secondhand smoke can be dangerous to children. Sadly, few pet guardians realize how harmful smoking can be for their pets. Secondhand smoke poses real risks for the dogs and cats in our homes. Let’s examine a few of the biggest pet health threats of smoking.

Pet cancer and secondhand smoke
2.5 million adult nonsmokers have died from secondhand smoke since 1964, says the U.S. Department of Health and Human Services. According to the Centers for Disease Control (CDC), secondhand smoke contains over 7,000 chemicals; hundreds are toxic and at least 70 have been proven to cause cancer (learn answers to the five most common questions about cancer in dogs). This has led the CDC to proclaim, “There is no risk-free level of exposure to secondhand smoke.” In other words, any secondhand smoke is harmful.

While we don’t have as much scientific research on dogs and cats about secondhand smoke, I have seen enough to understand that secondhand smoke causes many cancers in animals. Cancers such as malignant lymphoma in cats have been linked to smoke exposure, reports the American Journal of Epidemiology, perhaps more than doubling the risk of contracting this devastating disease. In fact, after nearly 25 years of clinical practice and growing medical evidence, I’ll proclaim, There is no risk-free level of smoke exposure for dogs and cats. The biggest risk of smoking is, of course, cancer.

Dogs and cats are especially susceptible to cancer-causing components of secondhand smoke for a couple of important reasons:

Those are two major differences between adult smokers and animals, and they really increase the risk of disease and harm for our unsuspecting pets. Making matters worse, is the fact that our pets’ peril doesn’t end when the smoker snubs out their tobacco and blows their last smoky sigh. It persists when they pounce on the couch, roll on the carpet, and sleep in their beds. The risk of cancer is nearly everywhere, on every surface and even has a new name: thirdhand smoke.

The University of Massachusetts released a study saying that serious oral cancers such as squamous cell carcinomas have been connected to environmental smoke exposure in pets. Meanwhile, Colorado State University conducted another study that showed cancers in the nasal passages, sinuses and mouth of pets are also associated with environmental smoke.

The evidence is clear and overwhelming: secondhand and thirdhand smoke causes cancers in pets. Eliminate the risk by quitting smoking.

Asthma and breathing problems
Pets exposed to secondhand smoke may also develop or experience more severe respiratory or asthma symptoms. The CDC reports that tobacco smoke is one of the most common asthma triggers in humans. The particulates in smoke have been shown to produce many types of breathing problems in children and adults, warns the U.S. Department of Health and Human Services. Because the airways of dogs and cats are very similar to humans, many veterinarians, including me, are very concerned that secondhand smoke causes or exacerbates breathing problems such as asthma and other allergic breathing conditions in companion animals.

All forms of smoke are skin and tissue irritants; exposing pets with sensitive skin to smoke may lead to more severe allergic symptoms.

If you smoke…
If you smoke and need additional motivation to quit, consider your pet’s health. The proof is clear: Secondhand smoke is deadly to pets. Cancer, breathing problems and allergies are simply the most obvious health threats of smoking for dogs and cats. 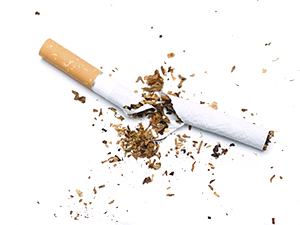 Thirdhand smoke presents innumerable, additional hidden dangers lurking on the surfaces of our homes and cars. Your pets didn’t choose to smoke, don’t make a decision for them that can shorten their lives, produce suffering and destroy quality of life. We love our pets; make a decision that can save both your own life and the lives of those around you. Stop smoking. If not, at least don’t smoke indoors, in cars or anywhere near your pets.