5 Facts You May Not Know About Lyme Disease in Dogs 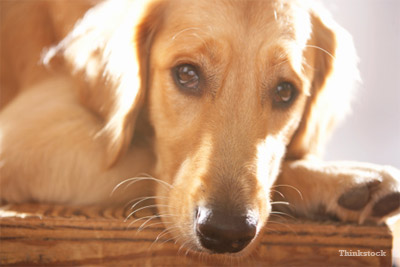 If you are not yet aware of Lyme disease, you almost certainly will be soon. Lyme disease has spread to many regions of the U.S. Lyme disease is a condition caused by an organism, called Borrelia burgdorferi. It’s not a new disease. There is actually evidence in at least one Egyptian mummy that the organism infected people 5000 years ago, according to Bay Area Lyme Foundation. That organization also says that Lyme was first observed in the United States in the 1960s, in a village called Lyme, CT. In the 1980s, Willy Burgdorfer showed the causative agent to be a bacteria transmitted in North America by deer ticks (Ixodes scapularum).

Once thought to be a very localized and uncommon disease, Lyme has become widespread in both humans and animals. In large part this is because of the increasing range of deer, and therefore the distribution of the black legged (deer) tick.

No matter where you live, it’s good to learn all that you can about Lyme disease. Follow this link for Lyme 101, or continue reading for 5 facts you might not have known before:

1. Lyme disease is on the rise
According to the CDC, there are over 30,000 cases of Lyme disease in people every year and the incidence of confirmed Lyme cases has been increasing since 1993. This may be due to two major factors:

Both of these factors increase the likelihood of exposure to infected ticks.

The prevalence and distribution of Lyme disease in dogs is also on the rise, says the Campanion Animal Parasite Council (CAPC).

You can see how common Lyme disease is in your area by checking out Pet Health Network’s disease maps.

2. Lyme disease doesn’t come from deer
Lyme diseasee is transmitted by the so called “Deer Tick” But the deer plays no role in the disease’s development. Deer only serve as a preferred host for the tick. The Lyme disease organism lives in mice and small rodents. When ticks feed on these animals they become infected carriers. When the tick next feeds on a susceptible individual or dog, the organism is transmitted.

3. Lyme disease takes time to transmit (so be vigilant)
When the tick finds a host, be it dog or human, it attaches itself and begins feeding on the host’s blood almost immediately. It takes 36-48 hrs for the organism to enter the host and for the host to become infected with the Lyme organism.

Therefore, it’s a good idea to check yourself and your dog carefully after spending time outside.

Ticks are generally active and feeding in areas where people go for recreation such as along hiking trails and wherever there is brush for them to hide in.

5. You should have your dog tested every year
CAPC recommends that you, "Test annually for tick-transmitted pathogens, especially in regions where pathogens are endemic or emerging." Many veterinarians rely on a test called ‘Snap 4Dx Plus’ produced by IDEXX [Editor’s Note: Pet Health Network’s parent company is IDEXX]. This test checks for current or prior infection with the Lyme organism. A positive test result does not tell you if the organism is still present, how many organisms are present or if the organism is causing problems in your pet. Before starting any treatment your veterinarian will likely recommend further testing; particularly if your dog has no symptoms.

Quick tips to protect your dog from Lyme: