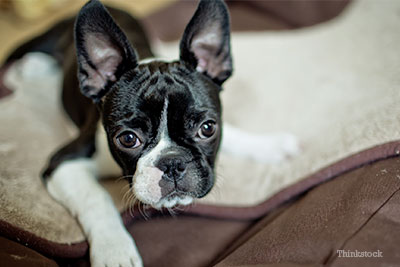 Neoplasia is the term for various types of abnormal growths. According to Dr. Ananya Mandal, of NewsMedical.net, neoplasms can be benign or malignant. The terms neoplasia, tumor and cancer are sometimes used interchangeably and may refer to various types of growths (even non-cancerous or benign growths).

How do neoplasms arise?
To understand how abnormal cells grow, you have to understand how normal cell growth is regulated. Throughout life, cells are continually being born and dying1. When that process is disrupted, cells behave abnormally and abnormal tissues form (neoplasms).

Where could neoplasms occur?
Neoplasms could appear in:

Neoplasia and the kidneys
In dogs, neoplasms of the kidneys are uncommon, but dangerous; metastatic tumors are more common2,3. Renal carcinoma is the most common renal tumor in dogs and may occur bilaterally.

What are the symptoms of neoplasia in dogs?
Symptoms include:

Most forms of malignant neoplasia will ultimately result in weight loss, listlessness and reluctance to eat. Specific signs of cancer may vary, depending on what part of the body is involved. For instance, gastrointestinal cancers often result in vomiting and diarrhea, while tumors of the nervous system may result in seizures.
Early detection of cancer is always important to improve the odds of success if treatment is elected.

How much of a risk are neoplasms to your dog?
It has been pointed out that some breeds of dogs are more prone to develop neoplasms than others. As is often the case in human medicine, the cause of cancer in any individual dog is often unknown and may include genetic predispositions or exposure to a number of things that induce changes in cells. Older dogs are more at risk for neoplasia than young dogs.

Is neoplasia becoming more common?
Neoplasia is already common in pet animals and the incidence increases with age. Cancer accounts for almost half of the deaths of pets over 10 years of age4.

In general, cancers affect older dogs more commonly than younger dogs. In many cases, cancers will grow over quite a long period of time. Because some dogs are living far longer than they used to and veterinarians are much more aware of the potential for neoplasia, we are probably at least seeing and diagnosing more dogs with neoplastic diseases.

How are neoplasms diagnosed?
In addition to a thorough physical examination, your veterinarian will likely recommend blood and urine tests, and imaging studies such as radiographs, ultrasound, CT or MRI studies to define the extent of the cancer. If there is a suspicion of neoplasia, your veterinarian will recommend a biopsy to confirm the diagnosis and the source of the neoplasm.

What can you do to prevent your dog from developing neoplasia?
When a neoplasm is diagnosed, a natural and common reaction is ‘What have I done wrong?' or ‘What could I have done to have prevented this from happening?'

Actually, in the vast majority of cases, we don't know what will have led to the development of the disease, and therefore it would have been impossible to prevent.

Some very simple steps can take to help include:

Just as in people, early detection and early treatment are important in reducing the chances of death from cancer in your pet. See your veterinarian at least every year and see them at once if you notice any of the warning signs of cancer.