PDA: Is My New Puppy Tired Because of a Heart Problem? 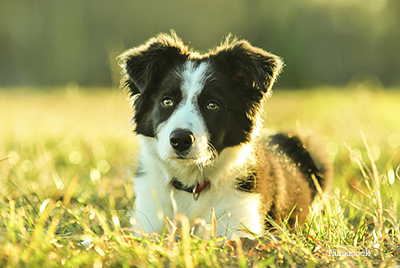 Freddy was a very cute 10-month-old Collie. He was cute, but he looked and acted very different from his littermates. He was reluctant to play and seemed to tire quickly—unlike his siblings who had unlimited amounts of energy. Freddy was a finicky eater with a stunted growth, which means that he was underdeveloped, compared to his littermates.

Freddy's guardian took him to his family veterinarian to try and figure out why he behaved that way. Everything seemed to check out normally during the physical exam, except for a loud heart murmur. An ultrasound of the heart, called an echocardiogram, was recommended. The ultrasound diagnosis was very clear: Freddy had a PDA.

What is PDA in a puppy?
PDA (which stands for Patent Ductus Arteriosus) is an abnormal vessel that connects two large arteries, right next to the heart: the pulmonary artery and the aorta. A PDA is a congenital abnormality, which means that affected dogs, and less commonly cats, are born with it. Some of the blood is directed away from the lungs and is not well oxygenated, causing weakness and low energy.

What causes PDA in a puppy?
This vessel is normal in the fetus and should shut down at birth. Since Mother Nature did not shut Freddy’s PDA off, human intervention was necessary. Without surgery, he would end up with heart failure. The surgery entails a thoracotomy, which means opening up the chest cavity. Doing this in less traumatic than it sounds. We go between two ribs, so there is no need to cut bones.

How is PDA treated in a puppy?
The next steps to treat a PDA are:

This surgery can be quite risky and stressful for the surgeon. Whereas the two big arteries (the pulmonary artery and the aorta) are tough-vessel-blood-vessels, the PDA is a very fragile structure. The main risk of the surgery is in tearing the PDA, which can cause massive bleeding and possibly death of the patient. 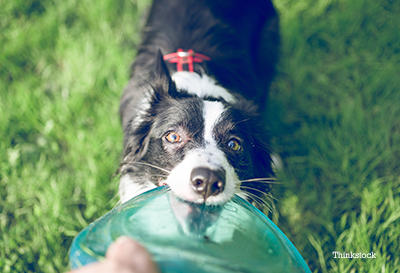 PDA surgery for a puppy
We opened Freddy’s chest up. We could see his lungs and his beating heart. I could feel a mixture of awe and tension in the OR. We were able to isolate the PDA. It was very large, and we could feel the characteristic irregular blood flow, called a “thrill,” inside the vessel. We placed the two special sutures around it. As the first suture was tied off, the intensity of the PDA decreased and suddenly stopped. We tied the second suture and I whispered: “it worked.” Everybody in the OR breathed a sigh of relief.

We closed the chest and placed what is called a chest tube to remove air from the chest cavity. Freddy recovered uneventfully from anesthesia. The next day, the chest tube was removed and Freddy went home. Although open chest surgery is clearly invasive, we now have enough pain medications available to make patients like Freddy very comfortable.

Recovering from a PDA
Freddy went home on pain medications and antibiotics, with instructions to keep him very quiet for four weeks. He also had to wear a plastic cone (Elizabethan collar) to prevent him from licking or chewing at the skin staples.

Four months after surgery, I called Freddy's guardian to see how things were going. She reported that he was great and had a good appetite. He was essentially back to normal. Surgery was a complete success.

To be fair, there is a less invasive way to treat PDA. It typically requires finding a knowledgeable cardiologist who has access to advanced technology and knowledge. When this is not possible, then open chest surgery is a perfectly acceptable solution.

I've always had a personal fondness for PDA surgery. They always occur in puppies and typically involve loving and motivated guardians. It's a wonderful feeling to literally feel a life-threatening abnormality under your fingers, and instantly make it vanish.

Question to ask your veterinarian