Pets, Obesity and Diabetes: An Epidemic in 2016 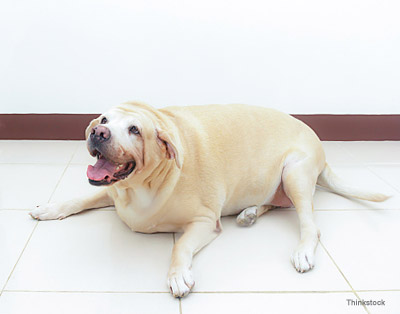 If you’re like me, you’ve become used to hearing about the astronomical incidence of obesity and diabetes within the United States. And, predictions of how many of our children will ultimately develop diabetes is downright scary. Given this information, I wasn’t the least bit surprised to learn that two recent surveys demonstrate that the incidence of obesity and diabetes is also on the rise in our dogs and cats.

Obesity survey
Every year, the Association for Pet Obesity Prevention (APOP) conducts a survey that tracks the prevalence of obesity in dogs and cats. The 2015 survey, available on the APOP website, assessed 1,224 dogs and cats who received wellness examinations within 136 veterinary clinics. According to aaha.org, for every animal, a body condition score (BCS) was assessed and reported. This score was based on a five-point scale as well as the animal’s actual body weight. The animals were then classified as being ideal, underweight, overweight, or obese.

The APOP survey revealed that approximately 58% of the cats and 54% of the dogs evaluated were overweight or obese. Wow, these percentages are striking! Based on body size alone, more than half of our pets have a significant health issue!

The APOP defines obesity as an animal being 30 percent or more above ideal body weight. APOP board member, Dr. Steve Budsberg, notes that there is a lack of consensus amongst veterinarians about exactly how obesity is defined. “Our profession hasn’t agreed on what separates ‘obese’ from ‘overweight.’ These words have significant clinical meaning and affect treatment recommendations.”1

The APOP is pushing for the adoption of a universal pet BCS system. Doing so would allow veterinarians to more consistently and accurately assess their patients, report their findings, interpret veterinary research, and communicate with colleagues and clients. According to Dr. Julie Churchill, another APOP board member, “There are currently three major BCS scales used worldwide. We need a single standard to ensure all veterinary health care team members are on the same page.”1

Another APOP board member, Dr. Ernie Ward, takes this one step further. “By defining obesity as a disease, many veterinarians will take the condition more seriously and be compelled to act rather than ignore this serious health threat.”1 I couldn’t agree more. Having practiced veterinary medicine for over 30 years, it’s clear to me that there is a lack of consensus amongst my colleagues about exactly how to define pet obesity and what to do about it.

Diabetes survey
Every year for the past several years, Banfield Pet Hospital has issued forth a State of Pet Health Report. Released on April 20, the report draws on data from approximately 2.5 million dogs and 500,000 cats in more than 900 hospitals across the United States. Now, that’s a whole lot of animals!

The highest incidence of canine diabetes in 2015 was found in:

Feline diabetes rates were highest in:

That’s a double whammy for the state of Wisconsin!

The increased incidence of diabetes, particularly in dogs, is astounding to me. While there are a number of factors that may be responsible for this increase, I’ve no doubt that obesity plays a significant role.

Discussing obesity can be tricky
Frankly speaking, eating too much and exercising too little are traits sometimes shared between people and their pets. If my client isn’t exercising, it is likely that my patient isn’t either. For some folks, food becomes the “language of love,” the way they bestow affection upon their four-legged family members. Additionally, I believe many people develop blinders that prevent them from recognizing just how heavy their pet has become.

Now, picture this. A veterinarian is examining an obese patient. Alongside this patient is the client who is also overweight. Naming the diagnosis of obesity and recommending weight loss can be tricky business. The veterinarian likely has concerns about offending the overweight client, so much so that discussion about the pet’s weight problem may be limited or it may not happen at all. Imagine what you would say if you were in the veterinarian’s shoes.

My modus operandi has always been to have very frank conversation about what I know- being overweight is a significant health problem. I remind myself that the client before me truly loves their pet and, like me, wants that delightful animal to live just as long a life as possible. With this perspective I can boldly talk about the fact that their overweight pet is predisposed to a variety of maladies such as osteoarthritis, heart disease, high blood pressure, and diabetes. I discuss body condition scoring as well as weight loss strategies. With this approach, I believe (hope) that I reduce the number of clients who are put off by the “weight loss conversation.” Bottom line, treatment followed by prevention of obesity translates into one of the best health insurance policies possible.