The U.S. Food and Drug Administration (FDA) issued a press release on July 20, 2015 alerting the public to a recall of 12oz packages of 12” Tremenda Sticks pet chews. The product was distributed by The Natural Dog Company, Inc. of Windsor, CO to retail stores in 10 states (CA, CO, FL, IL, MO, MT, NC, OH, UT and WA). Specifically, the recall involved only the 12oz bags of the chews with a UPC number of 851265004957, but without a lot number or expiration date. If you have product that does include both a lot number and an expiration date — even if it has that same UPC — those chews are not affected by this recall. 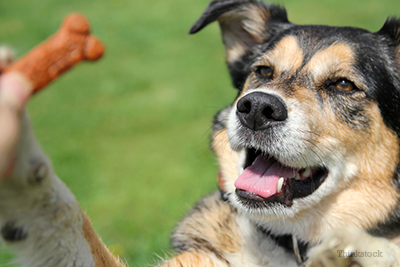 Why is the product being recalled?
According to the FDA, these particular Tremenda Sticks are being recalled “because they have the potential to be contaminated with Salmonella” bacteria based on the findings of a Colorado Department of Agriculture inspection of the product that revealed the presence of Salmonella in a sample taken from a package of the chew sticks. For now, production has been suspended while investigators search for the source of the problem.

It should be noted that the July 20th press release stated that no illnesses had been reported in connection with this finding.

What is Salmonella?
Most consumers are aware of the risk of Salmonella food poisoning in their own food as we are all reminded constantly to be careful and to take precautions with the preparation of certain foods like chicken and eggs. According to the Centers for Disease Control (CDC), public health officials have been tracking Salmonella infections in the United States since 1962. There are an estimated one million related illnesses occurring every year involving about 19,000 hospitalizations and 380 deaths. Children, older adults and anyone with a weakened immune system are all more likely to develop severe infection when exposed to the bacteria.

Symptoms of salmonellosis are typically gastrointestinal, and may include:

However, in dogs and cats most commonly infection with Salmonella does not cause clinical illness, according to the University of Wisconsin. In fact, the bacteria “can be isolated from healthy dogs and cats at rates of up to 36% and 18% respectively.”

What is the risk from this recall?
The risk of serious illness occurring in your pet, after exposure to Salmonella is not great, though you should certainly consult your veterinarian if your pet ate the chews and is exhibiting any unusual symptoms whatsoever.

If you purchased the pet chews involved in this recall, the risk to you could be two-fold:

What should you do if have purchased the affected product?
According the FDA, consumers who have purchased 12oz packages of 12" Tremenda Sticks should discontinue use of the product and may return the unused portion to the place of purchase for a full refund. Follow this link for more information.

Of course, if you or your pet shows any signs of illness, contact your respective medical professional/veterinarian.