Can Parrots and Cats Swear? 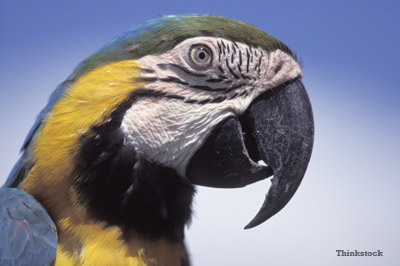 Question: What can you do with a potty-mouthed bird?

Bingo, our 16-year-old Amazon parrot is a wonderful companion to our entire family. Our 14-year-old son has begun to use some bad language. We were tipped off when Bingo began to talk like a drunken sailor. I can deal with my son, but how do I deal with a bird who might shock my beloved Aunt Martha, who’s a nun? — S.J., Stillwater, OK

Answer: The most effective way to clean up Bingo’s language is to refuse to pay any attention to him for saying a bad word. Gradually teach Bingo new words, and while you’re at it, wildly reinforce his new vocabulary.

Replace each bad word with a similar-sounding, but more acceptable, word that you clearly repeat and use frequently. For example, you could teach your bird words like “truck” or “sit.” You could even show the object (a truck), or sit in a chair, so there’s a meaning attached.

While Bingo is a work in progress, perhaps Aunt Martha should keep her distance. 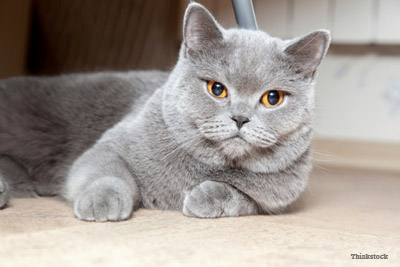 Question: Do you think my cat sometimes swears at me?

There’s a certain type of meow that sounds angry. This happens mostly when I pet her for too long. What do you think?  C. H., Cyberspace

Answer: We know that dogs and cats have similar, nearly identical emotions to our own. Would they swear if they could? As you suggest, maybe they already do, but we don’t speak the language.

Some cats may concededly purr forever as they’re being petted; others adore the attention, but when they’ve had enough, they’ve had enough. Some cats just want to jump down from our laps, but can’t because we’re holding them. So, they resort to other strategies. Your cat is likely communicating, “I’ve had enough.”

Because you comply, the communications works. This doesn’t mean your cat is actually swearing at you in cat language. But who knows?