Since 2007, we’ve known that chicken jerky treats, manufactured in China, can cause gastrointestinal and/or kidney issues in some dogs. Until recently, virtually all commercially sold jerky treats in the United States were manufactured in China. Despite extensive investigations by numerous experts, the actual cause of Chinese jerky-induced illnesses has not been identified. 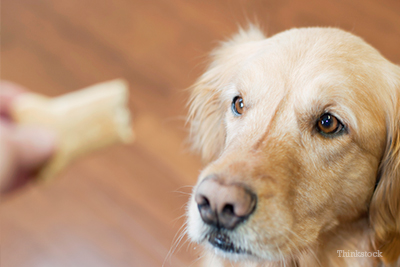 When jerky-associated problems were first documented, savvy proprietors of many independently owned pet stores quit stocking Chinese-manufactured jerky treats. More recently, many of the big box stores have followed suit. These pet store changes have seemingly produced positive results. According to a February 2015 Seattle Times article, by
JoNel Aleccia, “For the first time in seven years, complaints that jerky pet treats made in China are sickening and killing America’s animals, mostly dogs, have fallen sharply.” Food and Drug Administration spokeswoman, Siobhan DeLancey reasoned, “We’re not sure if this is because the products are off the market, because people are more aware of the problem, or because some of the products have been reformulated.”

New jerky-related health problems
Recently, DeLancey reappeared in the news to discuss jerky again. Edie Lau, of VIN News Service, reports that DeLancy was responding to new concerns of illnesses caused by jerky treats—manufactured within the United States. In response to these new claims, filed by veterinarians, Ms. DeLancey stated, “We have found some of these products may contain ingredients from outside of the U.S. The FDA continues its investigation into these, as well as other jerky treats potentially linked to illnesses.”

The implication is that jerky treats manufactured within the United States don’t necessarily contain domestic ingredients. Whether or not the source of ingredients explains recently reported illnesses remains anyone’s guess.

Some dogs who responded adversely to jerky treats manufactured within the United States experienced:
•    Vomiting
•    Diarrhea

More seriously affected dogs developed kidney failure, and some dogs developed Fanconi Syndrome—a rare form of kidney disease seen primarily as an inherited disorder in the Basenji breed. According to Lau and VIN News, Dr. Urs Giger (a veterinary geneticist professor at the University of Pennsylvania and leading expert on Fanconi Syndrome) reported that his laboratory began seeing many more non-Basenji cases of Fanconi Syndrome in or around 2007. Most cases were seemingly related to jerky consumption. Four hundred Fanconi cases were identified between 2009 and 2012, and Giger reports that he continues to see new cases weekly. The most recent cases are seemingly associated with consumption of jerky treats manufactured within the United States.

Jerky treats and your dog
What does this information mean in terms of your dog’s health? Jerky-induced illnesses remain a reality, and a “Manufactured within the United States” product label is not a guarantee of safety. Until the actual cause of jerky-related illness is identified, I strongly encourage you to avoid feeding jerky products to your dogs, regardless of where they are manufactured. If your dog really loves jerky (can’t live without it!), consider making your own (avoid store bought).